"Paul Bocuse and the chefs du Monde are visible on my 2nd Website: www.scenesdechefs-collections.gallery thank you for your understanding, best regards, Jeff".

The Airbus A400M atlas3, Note 1 is a versatile military transport aircraft designed by Airbus Military, which entered service in 20134. The goal is to supplement or replace the current, aging fleets, composed of C-130 Hercules or US C-160 Transall French and German.
In military mission, the A400M can carry:

six Land Rovers with their trailers;
or a semi-trailer more than 25 tonnes;
or an excavator with a construction truck;
or a mobile crane.

Autonomy of the Airbus A400M from Paris. Red: with a payload of 30 tonnes, the range is 4,500 km. Green: 20 t thereof extends 6600 km.
The propellers for the A400M, with eight blades and 5.30 m in diameter, are provided by Ratier.
A detail is very important: the concept DBE (Down Between Engines), that is to say 'downstream blades between the engines. " On each half-wing, the direction of rotation of the propellers of the two motors is reversed, the downward movement of the blades occurring between the motors at about the middle of the wing, so that the flow of breath blades is concentrated.
CINEMA
Mission Impossible, Ethan Hunt, aka Tom Cruise, on the A400M.
Nothing impossible for this high-flying job, read the article and watch the video on:
http://www.aeronewstv.com...sur-la400m.html 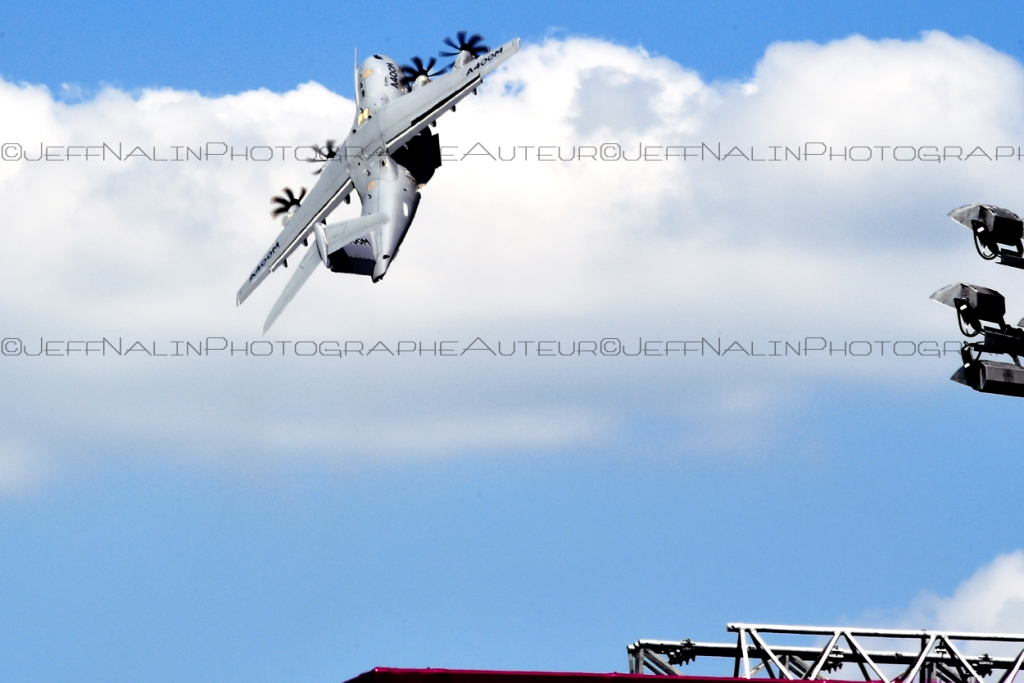